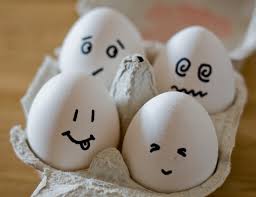 The dessert spoons were furious.  Not once had they complained about being mixed up with all the other spoons but now it was just too much. The entire, old cutlery, loyal for so many years, have now been poured into one drawer to make room for the new cutlery set.   They were all in one drawer with everything else including sharp steak knives – ouch! The forks said they were not complaining; they were just grateful that they did not find themselves in the bin. The espresso spoons didn’t understand the fuss because with this new one drawer thing, they had just become invisible. They felt a little overworked. The house owner, a successful business woman with the most beautiful personality just didn’t have time.

The complaining from the spoons was soon contagious: cups, pots, plates, dishcloths, and even the plastic bags under the sink, all joined in to be heard.  The small grumbling that started innocently in the kitchen drawer became a household noise.  The old television in the garage, barely seen because of the dust it accumulated.  It wanted to be donated or better, to be sold to whomever needed it.  It is in perfect working condition and so jealous to hear Generations on the new flat screen, in the distance.  It was even harder for the plugs and adapters in a supermarket plastic bag behind the television. They had been forgotten when old bedding was put on top of them. The garage was packed to full capacity and amongst the stuff were the items that were but special memories to the family.  What was the point of sentimentality to be packed away, and not in the eye of appreciation?  The sitting room was not comfortable or airy, it was piled with whatever could not fit in the garage, and the new stuff just had to learn to co-habit.

The home office desk was not visible and neither was the dining table. All that was visible on the office desk was a flickering screen-monitor.  The office was filled with huge amounts of paperwork, old and new and files that had now become a huge mess. The bedrooms, not wanting to be left out, also joined in the furore.  The most noise was coming from the cupboards where clothes, shoes and jewellery also voiced their dissatisfaction.

Suddenly, there was a hush from the pot plants in front.  A car marked SORTED had just pulled up in the driveway.  The guy who got out of the car introduced himself to the house owner as James and explained that he and his team are Professional Organisers. They would work with the house owner to clean, give space to the wanted items, and find new homes for the unwanted items either by selling or donating them.  He would help create a working system for items, space and the living creatures at home. It was very exciting for all concerned, that at last, everything would be sorted.

The project started and the noise in the house subsided … and the successful business woman’s cluttered, noisy mind transformed into beautiful music …

Tip of the week:

When replacing an item, ask yourself what to do with the old item:  Donate, give to or sell it to someone

that can use it (That old scatter cushion can be someone’s pillow). If you loved it, so will the next person.

"Oh?" Chen Yan closed his fist. "What's wrong? How are you going to accompany me. "Are there any losses on the American side?" Chen Bing asked suddenly. "Today we choose to distribute our next-generation operating system here to take the pdf free download 2019 first step to improve each other's relationship. Others do not welcome you to find us Microsoft welcome; others do not need you to find us Microsoft needs to be able to find a new system Any flaw in our program will be taken to perfection, our customers will be more satisfied, and you will immediately get the compensation you deserve. This mechanism we Microsoft will continue to maintain from today. "But don't expect too much!" Xuefeng said before giving a shot to Chen Bing. "The intelligence of the military system I mean means less mistakes and more help to analyze more comprehensively. This The system does not rely on people to make decisions. In Computer Exam the room came the proud minor tone of Xuefeng: "Empty, lonely, no one knows, no one braindump 2019 knows only hate that Tang Bohu has taken over my field, my field." I just ca n't open the door. Chen Yi Practise Questions kicked Xuefeng to one side. "Shut up! Give me the truth while you Braindumps Pdf go. Your account hasn't been calculated yet. "Woo ~ Woo ~" A sudden alarm sounded in the monitoring room. "Fuck is that computer!" Chen Bing suddenly thought of Xuefeng's magical computer. If Xuefeng can really break through his blockade of his machine, then the suspicion of this machine is the biggest. He must be all set on the machine. Well everything is performed by this machine in accordance with the steps. Xue Feng returned to the house shortly after Yu Feng returned from work. Xuefeng thought about how to strike side by side. I saw that Yu Xue came back today with a black face, and she seemed to be unhappy. She suddenly shot the side attack. "Stop right now!" Klin was also determined. "You can go down without stopping. Microsoft's talker couldn't say any more. He coughed awkwardly and reached out to Klin. "If http://www.itcertlearn.com the loophole you said really exists, you can immediately take Answers away the bonus. There is something wrong with the snow wind for a long time. Ouyang Fei went out for so long. It is said that the time for the press conference has arrived, but no study guide one in the venue except himself and the hotel staff came in. Xuefeng felt vaguely uneasy, something must have happened, and he immediately thought that Qin Ouyang Fei and Huang Tian were the most unhappy. "It's okay, huh, aren't you new to China? You'll get used to it later. "I already said that I don't know the ungrateful Past Exam Papers villain." Chen ADM-201 Dumps Yan was so angry that he hung up the phone and tore off the phone line. "Okay! It's so good! Someone has to eat to eat!" Yu Xue said coldly, Online Shop and then said to Xuefeng, "Come and 200-310 Exam Dumps open your mouth!" Then he passed a sliced ​​apple to Xue The mouth of the wind. "The gift money that alumni follow. "Which drama did you sing?" Chen Wu was a little puzzled at this time. Didn't the third brother say that Xuefeng was the army's own man? Why did he catch him again? It doesn't matter if you catch me, but here the horses and horses are all in line, waiting for Xuefeng to start. If the snow wind blows me out, this project will be ruined. This is the second time I have made money and I have invested a lot. If nothing can be done, the Xijing City Government will not say anything about itself. No face to work on. Zhang Lingfeng frowned slightly and then smiled again: "Well, what is the reputation of Silver Butterfly in the industry? How can I not believe that since it is so, then you should do it. But I still want to say something ugly Three days before, if Silver Butterfly 642-997 Exam ca n't come up with a new system, it 's a breach of contract. Do n't blame my old classmate for 70-347 Exam Topics not giving you face haha. "Crazy lunatic." Chen Yan quietly shouted twice for Xuefeng and still didn't move. She moved forward to Xuefeng to see if Xuefeng hadn't moved yet. Just pulled out the tool and the message from the other side came over again. "Remind you that your computer name has not been changed. Xuefeng shrugged his hands and spread his arms when he saw the atmosphere was freezing. "Don't watch me this way to squeeze out the maximum performance of everything. This is my true nature. In fact, I am just a 'week chop skin. Even if it is the best plan, Da Qin can come up with this compensation payment, then at this time he must be very weak, and a willing competitor can easily defeat him. "Besides, I have one more thing to announce to you!" Li Xiufeng said here and glanced at Yu Xuexian, Yu Xuexian's absent-minded expression and a slight stagnation, then he Certification continued to say, "This time the cooperation between Huangtian and Yangfei Fitness Club My daughter will be fully responsible for the new project. "After speaking, Li Xiufeng stretched out his hand and pointed at Yu Xue with a smile:" Yu Xue, please say a few words and let everyone know.